CE Safety » News » The elderly and vulnerable need you this winter: A guide to avoiding fires in the home 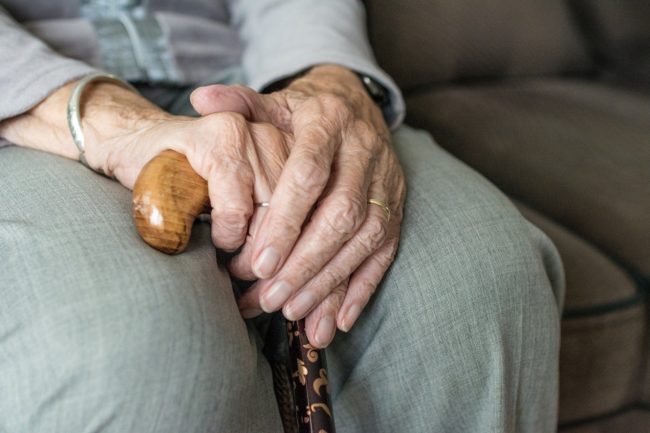 Fires in the home caused by dangerous appliances can be especially risky for older people who live alone. Here’s how to help keep vulnerable people safe during an especially isolated autumn and winter.

This year has been a time to look after the people who need some extra care. The people who are vulnerable, elderly, perhaps living alone.

The coronavirus pandemic has brought the importance of safeguarding our fellow humans into sharp focus.

As we head into a winter that could be awash with isolation and continued lockdown for some time yet, taking care of our families, friends and neighbours will remain at the forefront of our concerns.

While Covid-19 is making more than its fair share of threat and alarm to the people we love, there is another reason to keep an eye out for the most in need right now.

The very real threat of accidental fires in the home are ever-more alarming as this year’s Home Office figures reveal that someone is more likely to die in a fire in their home if they’re elderly, and if they live alone.

We spend time talking to our delegates and businesses about fire safety in our courses, but we’d also like to give some guidance on how to avoid the risk of fire in your home, as well as watch out for those people out there who need extra vigilance now they’re indoors more than ever.

Let’s all look after each other this autumn and winter and stay safe in every way we can.

In March this year the government released its annual analysis of incidents attended by the fire and rescue service in England.

While the data shows a strong decline in the past two decades, there are still many avoidable fires taking place every year.

Sadly, in the period March 2019-March 2020, 243 people died in fire related incidents in England, and 82% of these were in people’s homes – and that statistic is relatively low in relation to data taken from other recorded years.

Most worrying in a time of Covid-19, but in keeping with trends, the research reveals that elderly people are more likely to be killed in a fire, and the majority were in homes where people lived alone.

There is also a significant rise in the risk posed to men. In the year ending March 2020, 152 men had perished in a fire compared to 87 women (four were categorised ‘not known’). Statistically, over 80-year-old men die in fires at a rate of 22.6 per million people, compared to 13.1 people per million for women.

The Home Office’s online Incident Recording System (IRS) reports the most common cause of death to be being overcome by gas or smoke, which equates to 30% of all fatalities, followed by burns alone, which make up 29%. Both causes together are 20%.

Of the people who were injured as a result of fires, 70% also live alone.

What causes fires in the home?

The IRS report that biggest culprits of igniting accidental fires within the home are cooking appliances, accounting for 48% of all fires, followed by smokers’ materials and other household appliances.

Those fires categorised as ‘smokers’ materials’ is the largest cause of death out of recorded accidental fires in homes.

The rest of the reasons are made up by ‘misuse of equipment or appliances’ (34%) and faulty appliances and leads (15%).

Consumer group Which? revealed the results of an investigation into dangerous household appliances back in 2018. Through a Freedom of Information request the organisation discovered white goods such as fridge freezers, washing machines and tumble dryers were responsible for starting more than 60 fires every week in the UK.

Which? brought the subject to the fore again this year when it highlighted the fact that 579,000 potentially dangerous washing machines had been sold by Whirlpool to British households.

The unsafe washing machines were initially recalled in December 2019 due to a faulty door lock that posed a fire risk, and more models were added to the danger list in February this year. The issue comes four years after Whirlpool had to announce that millions of its tumble dryers could catch fire.

The legacy of Grenfell

The seriousness of household appliance fires has become an important topic again after the devastation of the Grenfell Tower fire in 2017, in which 72 people lost their lives.

Dubbed ‘one of the UK’s worst modern disasters’ by the BBC the fire was ignited by a Hotpoint fridge freezer on the fourth floor of the residential tower block in West London.

Which? said while the tragedy raised important questions about how safe millions of household appliances were, it believed ‘government action to keep potentially dangerous goods out of people’s homes falls woefully short of what is needed’.

And so Which? launched the campaign End Dangerous Products in light of its findings, which rallies for a fundamental reform of Britain’s product safety regime.

Last year the Business, Energy and Industrial Strategy Committee published a report into the safety of electrical goods in the UK furthering the conversation around household appliance fire safety and what needs to be done to improve the situation.

Among many issues highlighted in the document, it mentioned the lack of local trading standards funding as a major problem – something that was also documented in our recent article about dangerous toys being sold online.

Looking out for those most at risk

It feels difficult to be able to offer much support to people at an unprecedented time like this. We are being told to keep our distance, to stay at home, to not make unnecessary trips and to not put the vulnerable in danger by getting too close.

But there are people out there who need us to go the extra mile. Their safekeeping depends on it.

GUIDE: Here’s how to help the most vulnerable people avoid risk of fire in their homes

Make sure they have a smoke alarm

Ask the simple question now and it could save a life. Based on IRS and English Housing Survey data, Home Office statisticians have worked out that you are eight times more likely to die in a house fire if you do not have a working smoke alarm.

It’s not only vital to have a smoke alarm, it should also be working properly and be within range of the places a fire is most likely to start. In the data, out of all the fires that took place in a home with a smoke alarm, the alarm was not raised in 66% of incidents, mainly because the fire was not covered by the system.

A short conversation might be all you need to have with an elderly or vulnerable person in order to get the fire safety message across and find out how at-risk they are.

At CE Safety we deliver a variety of fire safety courses. Click here to find out more: